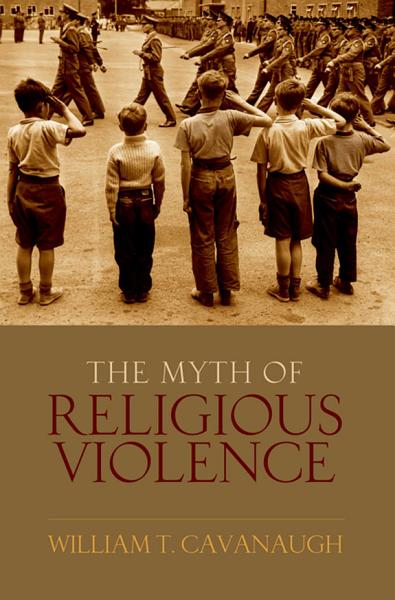 The idea that religion has a dangerous tendency to promote violence is part of the conventional wisdom of Western societies, and it underlies many of our institutions and policies, from limits on the public role of religion to efforts to promote liberal democracy in the Middle East. William T. Cavanaugh challenges this conventional wisdom by examining how the twin categories of religion and the secular are constructed. A growing body of scholarly work explores how the category 'religion' has been constructed in the modern West and in colonial contexts according to specific configurations of political power. Cavanaugh draws on this scholarship to examine how timeless and transcultural categories of 'religion and 'the secular' are used in arguments that religion causes violence. He argues three points: 1) There is no transhistorical and transcultural essence of religion. What counts as religious or secular in any given context is a function of political configurations of power; 2) Such a transhistorical and transcultural concept of religion as non-rational and prone to violence is one of the foundational legitimating myths of Western society; 3) This myth can be and is used to legitimate neo-colonial violence against non-Western others, particularly the Muslim world.

The Myth of Religious Violence

Authors: William T Cavanaugh
Categories: Religion
Type: BOOK - Published: 2009-09-03 - Publisher: Oxford University Press
The idea that religion has a dangerous tendency to promote violence is part of the conventional wisdom of Western societies, and it underlies many of our institutions and policies, from limits on the public role of religion to efforts to promote liberal democracy in the Middle East. William T. Cavanaugh

The Reality of Religious Violence

Authors: Hector Avalos
Categories: Religion
Type: BOOK - Published: 2019-09-30 - Publisher:
Violence and religion have been interacting from the beginning of recorded history according to The Reality of Religious Violence: From Biblical to Modern Times. This book addresses two major questions: 1. Does religious violence exist? 2. If so, how is it different from other types of violence? The first question

The Myth of Secular Tolerance

Authors: John Coffey, Jubilee Centre (Cambridge, England)
Categories: Toleration
Type: BOOK - Published: 2003 - Publisher:
The resurgence of religious violence at the start of the twenty-first century has reinforced the myth of secular tolerance -- the notion that whereas religious believers are instinctively intolerant, tolerance comes naturally to the secular mind. This paper challenges the myth.

The Destructive Power of Religion

The Blackwell Companion to Religion and Violence

Authors: Andrew R. Murphy
Categories: Social Science
Type: BOOK - Published: 2011-04-20 - Publisher: John Wiley & Sons
The timely Blackwell Companion to Religion and Violence brings together an international, interdisciplinary group of scholars who provide a coherent state of the art overview of the complex relationships between religion and violence. This companion tackles one of the most important topics in the field of Religion in the twenty-first

Authors: William T. Cavanaugh
Categories: Religion
Type: BOOK - Published: 2016 - Publisher: Wm. B. Eerdmans Publishing
Compelling social perspectives from a prominent Catholic scholar Pope Francis in a 2013 interview famously likened the church to a field hospital. In this book William Cavanaugh adopts Pope Francis's metaphor to show how the church can help heal both the spiritual and the material wounds of the world. As

Religious Conflict from Early Christianity to the Rise of Islam

Authors: Wendy Mayer, Bronwen Neil
Categories: Religion
Type: BOOK - Published: 2013-08-29 - Publisher: Walter de Gruyter
Conflict has been an inescapable facet of religion from its very beginnings. This volume offers insight into the mechanisms at play in the centuries from the Jesus-movement’s first attempts to define itself over and against Judaism to the beginnings of Islam. Profiling research by scholars of the Centre for Early

Authors: Stanley Hauerwas
Categories: Religion
Type: BOOK - Published: 2015-02-17 - Publisher: SCM Press
In this book Stanley Hauerwas explores the significance of eschatological reflection for helping the church negotiate the contemporary world. In Part One, ‘Theological Matters’, Hauerwas directly addresses his understanding of the eschatological character of the Christian faith. In Part Two, ‘Church and Politics’, he deals with the political reality of

Violence, Transformation, and The Sacred: "They shall be called Children of God"