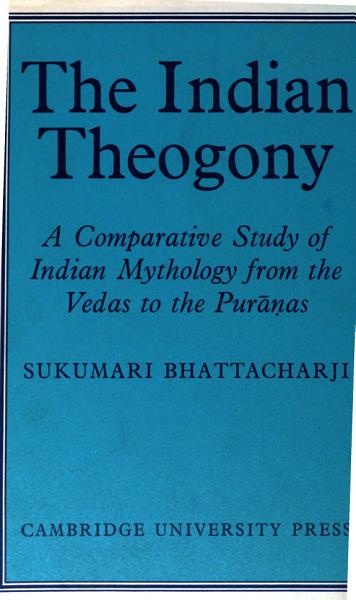 Authors: Sukumari Bhattacharji
Categories: Fiction
Type: BOOK - Published: 2016-01-01 - Publisher: Motilal Banarsidass
The present book is the result of ten years work on the subject of historical development of Indian mythology and its connection with parallel historical development of Indian mythology and its connection with parallel mythologies elsewhere, on which no satisfactory work exists in English. In the first part the Vedic-Brahmanical and epic-puranic components of Siva, Varuna, Yama, Nirrti, Agni, Kala, the mother goddess, Karttikeya, Ganapati, Kama and Pusan are treated. Part II studies the rise of Visnu. The component gods-the Vedic solar gods Savitr, Surya, Vivasvat, Mitra, Aryaman, Bhaga, Amsa, Daksa, Martanda, Indra, and Visnu together with the epic-Puranic incarnations of Visnu (with their Vedic precursors) are analysed. With Brahman (Part III) the picture is different. In the Vedic-Brahmanical gods-Brhaspati, Brahmanaspati, Prajapati, Pitamaha and Brahman-we do not get a very tangible figure, far less that of a sectarian god. These merge into the Brahman, Prajapati or Pitamaha of the epic-Puranic literature, but fail to answer to the definition of a sectarian god, so that no cult grows around the resultant image. In Part IV the general characteristics of the Puranic pantheon are analysed. Here, on the one hand, there are innumerable regional, functional divinities, tutelary gods and goddesses, village-or disease-gods,

A History of Indian literature

The Origins of Evil in Hindu Mythology

Authors: Wendy Doniger, Wendy Doniger O'Flaherty
Categories: Good and evil
Type: BOOK - Published: 1988 - Publisher: Motilal Banarsidass Publ.
This work deals at length with various theories about relgion prevalent at the time when Megasthenes visited India very interesting and scholarly views have been put forth regarding investigations of Megasthenes their reliability and the reliability of his reporters.

Journal of the Indian Society of Oriental Art

Shahrastānī on the Indian Religions

Authors: Bruce B. Lawrence, Muhammad ibn 'Abd al-Karim al-Shahrastani
Categories: India
Type: BOOK - Published: 1976 - Publisher: De Gruyter Mouton
The series Religion and Society (RS) contributes to the exploration of religions as social systems- both in Western and non-Western societies; in particular, it examines religions in their differentiation from, and intersection with, other cultural systems, such as art, economy, law and politics. Due attention is given to paradigmatic case or comparative studies that exhibit a clear theoretical orientation with the empirical and historical data of religion and such aspects of religion as ritual, the religious imagination, constructions of tradition, iconography, or media. In addition, the formation of religious communities, their construction of identity, and their relation to society and the wider public are key issues of this series.