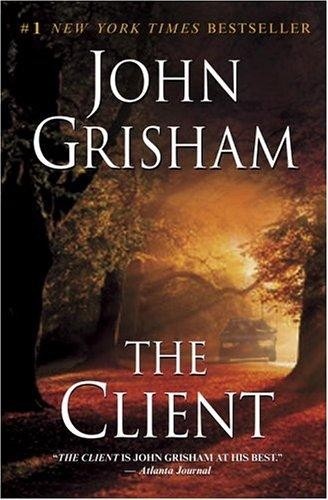 Amazon.com Review With her sparkling voice and superb acting ability, Blair Brown gives an impressive reading of this John Grisham blockbuster. The story hinges on a young boy who gets an unwanted earful of murder, politics--and dangerous secrets about both--from a conscience-stricken mob lawyer bent on suicide. "I can tell you where the body is... the most notorious undiscovered corpse of our time." Just the kind of information most children don't need, especially when the snakeskin-wearing hit man finds out what he knows. Aside from musical cues scattered as superfluously as laugh tracks on a sitcom, the production quality is stellar, preserving the crispness of Blair's voice and the nuances of her excellent interpretation. (Running time: 6 hours, 4 cassettes) --George Laney From Publishers Weekly Fans of the bestselling Grisham will be pleased to note that he is once more on Firm ground: his latest legal thriller offers a clever, compelling plot coupled with two singular protagonists sure to elicit readers' empathy. Eleven-year-old Mark Sway, taking his kid brother for a smoke behind their Memphis trailer park, witnesses the suicide of a lawyer "driven crazy" by a lethal secret. Before he dies, the man confides to Mark where the body of a recently murdered U.S. senator lies buried, and the game's afoot. Trailed by the police, the FBI and assorted Mafia types (the deceased politico was the victim of "a successful New Orleans street thug"), Mark retains--for one dollar--the services of Reggie Love, a 50ish female lawyer. This uncommon attorney-client relationship adds an affecting, unusually humanistic layer to the novel's tension-filled events. Mark, raised by a divorced mother and wise beyond his years, thinks chiefly in terms of movies and TV; Reggie, a street-smart survivor of an acrimonious divorce, is often unsure whether to hug or slug her precocious client. True to form, Grisham employs just enough foreshadowing to keep the suspense rolling ("Neither of them could know that . . . "), and propels his action at the requisite breakneck pace. Occasional plot improbabilities and stylistic quibbles--a few fuzzy characterizations; overstatement of already obvious points; Mark's sporadic adult phraseology--will not deter readers from enjoying a rousing read. 950,000 first printing; Literary Guild and Doubleday Book Club main selections; Reader's Digest Condensed Book selection. Copyright 1993 Reed Business Information, Inc.

Authors: Global Dogan
Categories:
Type: BOOK - Published: 1993-01-02 - Publisher: DISCOZUU
Amazon.com Review With her sparkling voice and superb acting ability, Blair Brown gives an impressive reading of this John Grisham blockbuster. The story hinges on a young boy who gets an unwanted earful of murder, politics--and dangerous secrets about both--from a conscience-stricken mob lawyer bent on suicide. "I can tell

Through the Client's Eyes

The Client Who Changed Me

Authors: Jeffrey A. Kottler, Ph. D., Jon Carlson, Psy.D., Ed.D.
Categories: Psychology
Type: BOOK - Published: 2007-12-11 - Publisher: Routledge
Although the impact that clients can have on therapists is well-known, most work on the subject consists of dire warnings: mental health professionals are taught early on to be on their guard for burnout, compassion fatigue, and countertransference. However, while these professional hazards are very real, the scholarly focus on

It's All about the Client

Authors: Douglas B. Reeves
Categories: Business & Economics
Type: BOOK - Published: 2005 - Publisher: Lead + Learn Press
With grace and humor, Douglas Reeves reflects on the pracices and experiences that have helped to grow a consulting business form his kitchen table to a major enterprise with multiple divisions