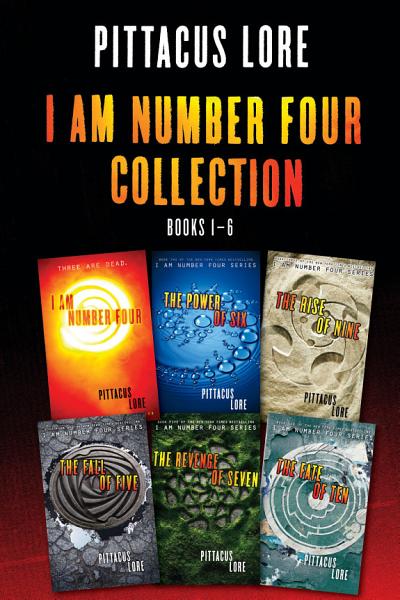 The first six novels in the New York Times bestselling Lorien Legacies series are included in this collection: I Am Number Four: The book that started it all . . . Nine of us came here. We look like you. We talk like you. We live among you. But we are not you. We can do things you dream of doing. We have powers you dream of having. We are stronger and faster than anything you have ever seen. Our plan was to grow, and train, and become strong, and become one, and fight them. But they found us and started hunting us first. I am next. The Power of Six: I've seen him on the news. Followed the stories about what happened in Ohio. There are six of us left. We're hiding, blending in, avoiding contact with one another . . . but our Legacies are developing, and soon we'll be equipped to fight. Is John Number Four, and is his appearance the sign I've been waiting for? And what about Number Five and Six? I am Number Seven. One of six still alive.And I'm ready to fight. The Rise of Nine: In order to save our world and their own, John and Nine must join forces with Six and Seven who have been battling the Mogadorians in Spain, and who are now trying to locate Number Eight in India. The Fall of Five: When the Garde receive a sign from Number Five—a crop circle in the shape of a Lorien symbol—they know they are close to being reunited. But could it be a trap? Time is running out, and the only thing they know for certain is that they have to get to Five before it's too late. The Revenge of Seven: The Garde have suffered an unbearable loss. Number Five has betrayed them. Eight is gone forever. Ella has been kidnapped. The others are now scattered. The Garde are broken and divided once again, but they will not be defeated. As long as one still stands, the battle for Earth's survival is not lost. The Fate of Ten: The sixth and penultimate book in the series! For years the Garde have fought the Mogadorians in secret. Now all of that has changed. The invasion has begun. The Garde are stretched thin, fighting this war on many fronts. The only chance they have is to take out the Mogadorian leader once and for all—but his fate is now irrevocably tied with Ella's. They can't destroy one without the other. But if the Garde can't find another way to stop the Mogs, humanity will suffer the same fate as the Loric: annihilation.

I Am Number Four Collection: Books 1-6

Authors: Pittacus Lore
Categories: Juvenile Fiction
Type: BOOK - Published: 2015-09-01 - Publisher: HarperCollins
The first six novels in the New York Times bestselling Lorien Legacies series are included in this collection: I Am Number Four: The book that started it all . . . Nine of us came here. We look like you. We talk like you. We live among you. But we

I Am Number Four: The Lost Files: Secret Histories

The Legacy Chronicles: Out of the Shadows