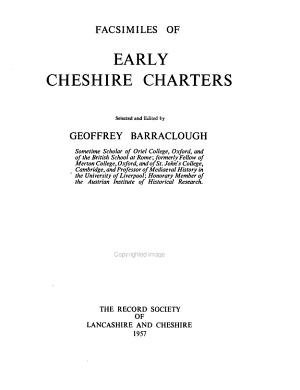 Transactions of the Historic Society of Lancashire and Cheshire

Their Hands Before Our Eyes: A Closer Look at Scribes

Authors: M.B. Parkes
Categories: Literary Criticism
Type: BOOK - Published: 2017-03-02 - Publisher: Routledge
This new book by Malcolm Parkes makes a fundamental contribution to the history of handwriting. Handwriting is a versatile medium that has always allowed individual scribes the opportunity for self-expression, despite the limitations of the pen and the finite number of possible movements.The purpose of this study is to focus on the writing of scribes from late antiquity to the beginning of the sixteenth century, and to identify those features which are a scribe's personal contribution to the techniques and art of handwriting. The book opens with three chapters surveying the various environments in which scribes worked in the medieval West. The following five, based on the author's Lyell Lectures at the University of Oxford, then examine different aspects of the subject, starting with the basic processes of handwriting and copying. Next come discussions of developments in rapid handwriting, with its consequent influence on new alphabets; on more formal 'set hands'; and on the adaptation of movements of the pen to produce elements of style corresponding to changes in the prevailing sense of decorum. The final chapter looks at the significance of some customized images produced by handwriting on the page. The text is illustrated with 69 plates, and accompanied

Authors: E. Crosby
Categories: History
Type: BOOK - Published: 2013-09-04 - Publisher: Springer
This is the first detailed comparative study of patronage as an instrument of power in the relations between kings and bishops in England and Normandy after the Conquest. Esteemed medievalist Everett U. Crosby considers new perspectives of medieval state-building and the vexed relations between secular and ecclesiastical authority.

Transactions of the Historic Society of Lancashire and Cheshire for the Year ...