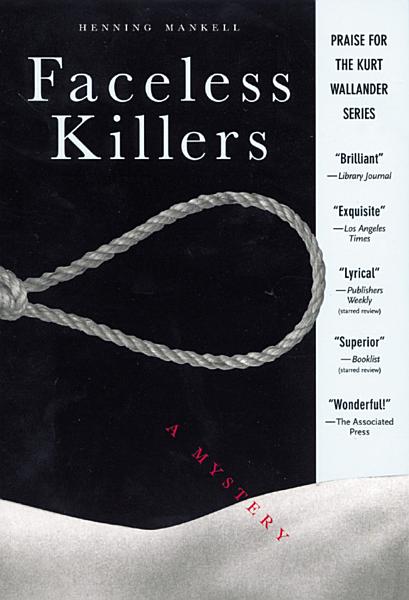 A #1 international bestseller: This “exquisite novel of mesmerizing depth” launched the acclaimed Wallander Mysteries and BBC series starring Kenneth Branagh (Los Angeles Times). Early one morning, a small-town farmer discovers that his neighbors have been victims of a brutal attack during the night: An old man has been bludgeoned to death, and his tortured wife lies dying before the farmer’s eyes. The only clue is the single word she utters before she dies: “foreign.” In charge of the investigation is Inspector Kurt Wallander, a local detective whose personal life is in a shambles. His family is falling apart, he’s gaining weight, and he drinks too much and sleeps too little. Tenacious and levelheaded in his sleuthing, he and his colleagues must contend with a wave of violent xenophobia as they search for the killers. Winner of the Sweden’s Best Mystery Award and the first installment in the series that inspired the PBS program Wallander starring Kenneth Branagh, Faceless Killers is a razor-sharp, stylishly dark police procedural with searing social commentary that reaches beyond its genre to produce “a superior novel—and a harbinger of great things to come” (Booklist).