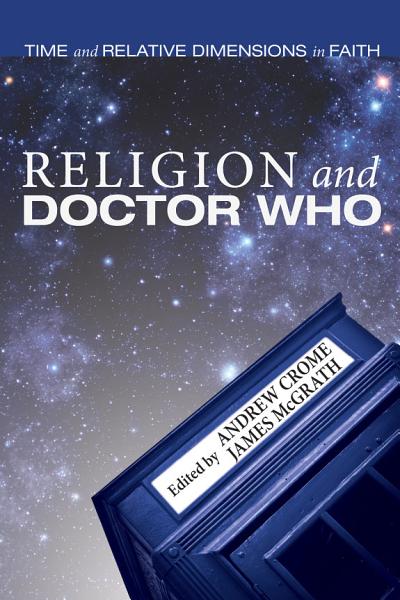 Doctor Who has always contained a rich current of religious themes and ideas. In its very first episode it asked how humans rationalize the seemingly supernatural, as two snooping schoolteachers refused to accept that the TARDIS was real. More recently it has toyed with the mystery of Doctor's real name, perhaps an echo of ancient religions and rituals in which knowledge of the secret name of a god, angel or demon was thought to grant a mortal power over the entity. But why does Doctor Who intersect with religion so often, and what do such instances tell us about the society that produces the show and the viewers who engage with it? The writers of Religion and Doctor Who: Time and Relative Dimensions in Faith attempt to answer these questions through an in-depth analysis of the various treatments of religion throughout every era of the show's history. While the majority of chapters focus on the television show Doctor Who, the authors also look at audios, novels, and the response of fandom. Their analyses--all written in an accessible but academically thorough style--reveal that examining religion in a long-running series such as Doctor Who can contribute to a number of key debates within faith communities and religious history. Most importantly, it provides another way of looking at why Doctor Who continues to inspire, to engage, and to excite generations of passionate fans, whatever their position on faith. The contributors are drawn from the UK, the USA, and Australia, and their approaches are similarly diverse. Chapters have been written by film scholars and sociologists; theologians and historians; rhetoricians, philosophers and anthropologists. Some write from the perspective of a particular faith or belief; others write from the perspective of no religious belief. All, however, demonstrate a solid knowledge of and affection for the brilliance of Doctor Who.

Religion and Doctor Who

Authors: Andrew Crome, James F. McGrath
Categories: Religion
Type: BOOK - Published: 2013-11-14 - Publisher: Wipf and Stock Publishers
Doctor Who has always contained a rich current of religious themes and ideas. In its very first episode it asked how humans rationalize the seemingly supernatural, as two snooping schoolteachers refused to accept that the TARDIS was real. More recently it has toyed with the mystery of Doctor's real name,

Doctor Who: At Childhood’s End

Authors: Sophie Aldred
Categories: Fiction
Type: BOOK - Published: 2020-02-06 - Publisher: Random House
Past or future, which path do you choose? Past, present and future collide as the Thirteenth Doctor meets classic Doctor Who companion Ace – in the first epic novel from the woman who played her, Sophie Aldred. Once, a girl called Ace travelled the universe with the Doctor – until,

Authors: Mark Campbell, Kim Newman
Categories: Performing Arts
Type: BOOK - Published: 2010 - Publisher: Old Castle
Now officially the most popular drama on television, Doctor Who has seen many ups and downs in its long and colourful history. From humble beginnings in 1963 to its cancellation in 1989 and eventual resurrection in 2005, the show has always been a quintessential element of British popular culture. This

Authors: Mark Campbell, Kim Newman
Categories: Juvenile Fiction
Type: BOOK - Published: 2020-05-28 - Publisher: Penguin UK
A new edition of the ultimate and most essential guide to Doctor Who, now updated to include all thirteen incarnations of the Doctor and covering all her newest adventures from Series 11. With fascinating facts from all of space and time, as well as information on the Doctor's helpful companions

Authors: United States. Congress. Senate. Committee on Homeland Security and Governmental Affairs. Permanent Subcommittee on Investigations
Categories: Medical care
Type: BOOK - Published: 2007 - Publisher:
Books about Medicare Doctors who Cheat on Their Taxes and what Should be Done about it

Authors: Gary Russell
Categories: Fiction
Type: BOOK - Published: 2021-03-11 - Publisher: Random House
‘Who am I...? WHO AM I?’ It's December 1999, and strange things are happening as the new millennium nears. A British police box appears from nowhere in San Francisco’s Chinatown and the mysterious man inside it is shot down in the street. Despite the best efforts of Dr Grace Holloway,

Doctor Who and Philosophy

The Doctor Who Programme Guide

Authors: Jean-Marc Lofficier, Jean-Marc, Randy Lofficier
Categories: Performing Arts
Type: BOOK - Published: 2003-05-01 - Publisher: iUniverse
The Doctor Who Programme Guide is the complete guide to every Doctor Who story shown on television. The stories are listed in order of broadcasting, starting with the first episode broadcast in 1963. Each entry includes the storyline, the cast list, and the names of the producer, script editor, writer