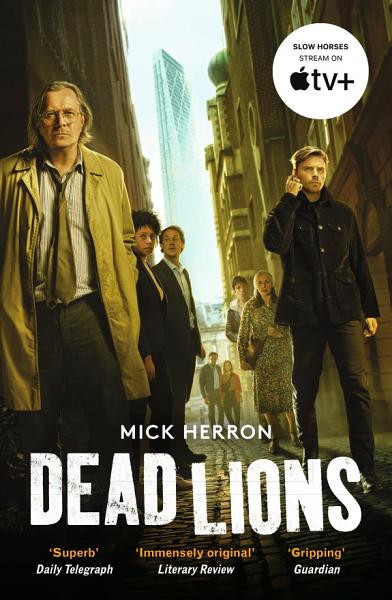 PRE-ORDER SLOUGH HOUSE THE LASTEST IN MICK HERRON'S BESTSELLING SERIES *Soon to be a TV series starring Oscar-award winning actor Gary Oldman as Jackson Lamb* 'The new king of the spy thriller' Mail on Sunday 'Razor-sharp prose, fully formed characters and an underlying pathos make this series the most exciting development in spy fiction since the Cold War' The Times Winner of the 2013 CWA Gold Dagger Award Dickie Bow is not an obvious target for assassination. But once a spook, always a spook. And Dickie was a talented streetwalker back in the day, before he turned up dead on a bus. A shadow. Good at following people, bringing home their secrets. Dickie was in Berlin with Jackson Lamb. Now Lamb's got his phone, and on it the last secret Dickie ever told, and reason to believe an old-time Moscow-style op is being run in the Service's back-yard. In the Intelligence Service purgatory that is Slough House, Jackson Lamb's crew of back-office no-hopers is about to go live . . . 'As a master of wit, satire, insight... Herron is difficult to overpraise' Daily Telegraph 'Irresistible writing ... ironclad storytelling and off-kilter humour' Financial Times 'Mick Herron's novels are a satirical chronicle of modern Britain . . . in their gleefully shocking way, his books reflect the trajectory of the nation' Economist

Authors: Tolu' A. Akinyemi
Categories: Poetry
Type: BOOK - Published: 2017-08-15 - Publisher: The Roaring Lion Newcastle LTD
Dead Lion’s Don’t Roar is a collection of inspiring and motivating modern-day verses. Addressing many issues close to home and also many taboo subjects, the poetry is reflective of today’s struggles, and lights the way to a positive future. The uplifting book will appeal to all age groups and anyone

Authors: R. M. Ballantyne
Categories: Fiction
Type: BOOK - Published: 2019-11-22 - Publisher: e-artnow
This carefully crafted ebook: "The Complete Novels of R. M. Ballantyne" is formatted for your eReader with a functional and detailed table of contents: The Coral Island Snowflakes and Sunbeams (The Young Fur Traders) Ungava Martin Rattler The Dog Crusoe and his Master The World of Ice The Gorilla Hunters

Journal of the Royal Asiatic Society of Great Britain and Ireland