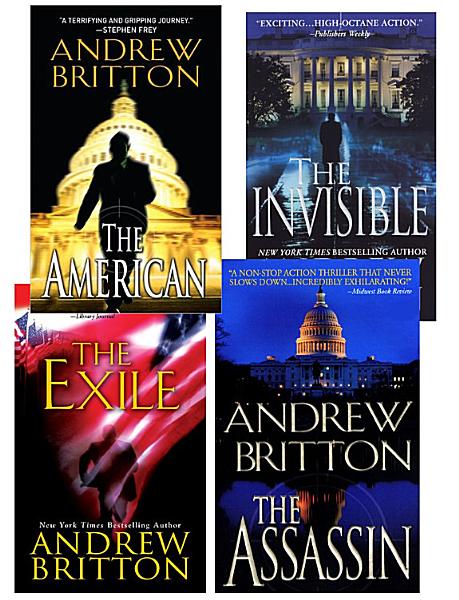 The American CIA agent Ryan Kealey has no time to wrestle his demons. Former U.S. soldier Jason March, one of the world's deadliest assassins and Ryan's former protégé, is now working with a powerful terror network whose goal is nothing less than the total annihilation of the United States. Ryan puts together the pieces of a terrifying puzzle. With the fate of the country resting on his shoulders, he finds himself caught in a desperate game of cat-and-mouse with the most cunning opponent he's ever faced, a man who won't be denied the ultimate act of evil and who is all the more deadly for being one of our own. The Assassin A weapon of catastrophic destruction. A nation on the brink of unspeakable disaster. And the ultimate enemy lies closer to home than anyone realizes. Only maverick CIA agent Ryan Kealey sees the threat for what it really is--but Washington refused to listen. With the lives of millions at stake, Kealey has only one option: to take matters into his own hands. And the clock is ticking. . . Supercharged and fiercely intelligent, The Assassin is an action-packed international thriller where no one can be trusted--and the final aftershocks are felt until the very last page. The Invisible Tensions between Pakistan and India are at an all-time high. To complicate matters, twelve American climbers have disappeared in Pakistan's Hindu Kush range. As the conflict escalates, the U.S. Secretary of State's motorcade is ambushed on the outskirts of Islamabad. When her back-up team arrives, they discover a disastrous scene: dozens are dead, including seven diplomatic security agents, and the secretary of state has vanished without a trace. In the wake of the unprecedented attack, CIA agent Ryan Kealey's operation goes into high gear. Naomi Kharmai, the British-born analyst who has taken on a daring new role with the Agency, is on his team again. But Kharmai is becoming increasingly unpredictable, and as they work their way toward the target, it becomes clear to Kealey that anyone is fair game--and no one can be trusted. Thundering to a stark and chilling climax, The Invisible raises the stakes on every page. A crackingly intelligent thriller, it is filled with shocking betrayal and, ultimately, revenge. The Exile For the President of the United States, the daily horror of life in West Darfur's killing fields just hit heartbreakingly close to home. His niece, Lily, has been targeted and savagely murdered by a corps of fearsome government-backed militiamen. With the situation too explosive for diplomatic or military solutions, yet with the President and the public thirsting for revenge, America is out of options. Except one: Ryan Kealey, ex-Special Forces, former CIA, and unrivaled counterterrorism expert. Kealey has been central to the war on terror for over a decade. But after the Agency hung him out to dry--and let his lover die--he turned his back. Until now. For the government has revealed its trump card, the one thing Kealey will risk everything for. Soon, from the lawless streets of Sudan to the highest levels of the American government, Kealey unearths secrets and betrayals that shock even his war-tempered sensibilities--and ignite a conflagration with unknowable global consequences.

Andrew Britton Bundle: The American, The Assassin,The Invisible, The Exile

Authors: Andrew Britton
Categories: Fiction
Type: BOOK - Published: 2011-06-01 - Publisher: Pinnacle Books
The American CIA agent Ryan Kealey has no time to wrestle his demons. Former U.S. soldier Jason March, one of the world's deadliest assassins and Ryan's former protégé, is now working with a powerful terror network whose goal is nothing less than the total annihilation of the United States. Ryan

I Love My Mom (Ukrainian English Bilingual Book for Kids)

Authors: Shelley Admont, Kidkiddos Books
Categories: Juvenile Nonfiction
Type: BOOK - Published: 2020-09-20 - Publisher: Ukrainian English Bilingual Company
Ukrainian English Bilingual children's Book. Perfect for kids studying English or Ukrainian as their second language. In this bedtime story, the little bunny Jimmy and his older brothers try to find a perfect present for Mom's birthday. They want to show how much they love her. What creative solution did