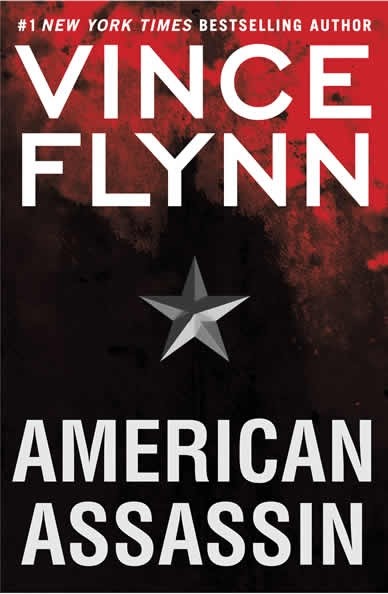 #1 New York Times bestselling author Vince Flynn returns with yet another explosive thriller, introducing the young Mitch Rapp, as he takes on his first assignment. Before he was considered a CIA superagent, before he was thought of as a terrorist’s worst nightmare, and before he was both loathed and admired by the politicians on Capitol Hill, Mitch Rapp was a gifted college athlete without a care in the world . . . and then tragedy struck. Two decades of cutthroat, partisan politics has left the CIA and the country in an increasingly vulnerable position. Cold War veteran and CIA Operations Director Thomas Stansfield knows he must prepare his people for the next war. The rise of Islamic terrorism is coming, and it needs to be met abroad before it reaches America’s shores. Stansfield directs his protÉgÉe, Irene Kennedy, and his old Cold War colleague, Stan Hurley, to form a new group of clandestine operatives who will work outside the normal chain of command—men who do not exist. What type of man is willing to kill for his country without putting on a uniform? Kennedy finds him in the wake of the Pan Am Lockerbie terrorist attack. Two-hundred and seventy souls perished that cold December night, and thousands of family and friends were left searching for comfort. Mitch Rapp was one of them, but he was not interested in comfort. He wanted retribution. Six months of intense training has prepared him to bring the war to the enemy’s doorstep, and he does so with brutal efficiency. Rapp starts in Istanbul, where he assassinates the Turkish arms dealer who sold the explosives used in the Pan Am attack. Rapp then moves onto Hamburg with his team and across Europe, leaving a trail of bodies. All roads lead to Beirut, though, and what Rapp doesn’t know is that the enemy is aware of his existence and has prepared a trap. The hunter is about to become the hunted, and Rapp will need every ounce of skill and cunning if he is to survive the war-ravaged city and its various terrorist factions. As action-packed, fast-paced, and brutally realistic as it gets, Flynn’s latest page-turner shows readers how it all began. Behind the steely gaze of the nation’s ultimate hero is a young man primed to become an American Assassin. From Publishers Weekly With this 11th Mitch Rapp adventure, Flynn does something a little different. Taking a step back in time, he tells the story of how Rapp initially came to work for the CIA. As a young man, Rapp lost his fiancée in the terrorist bombing of Pan Am flight 103. Grief-stricken, he swears revenge on the terrorists. He's quickly recruited by the CIA and soon makes his first kill and is on his way to his first clandestine mission. George Guidall has a keen ear for dialogue, and his relaxed reading keeps Flynn's sometimes overheated prose and over-the-top plot grounded in a realm of believability. Still, he is more than capable of pulling out the stops when the action kicks in, keeping listeners on the edge of their seats once the bullets begin to fly. Flynn delivers his usual high-octane international thriller, but, in giving Rapp's backstory, he's infused it with more depth and heart than usual, and Guidall matches him beat for beat, proving himself a fine choice of storyteller. An Atria hardcover. (Oct.) (c) Copyright PWxyz, LLC. All rights reserved. Review “Mitch Rapp is still the best CIA-trained human weapon this side of Jason Bourne.” —Contra Costa Times (California) “Captivating.” —Glenn Beck

Authors: Vince Flynn
Categories:
Type: BOOK - Published: 2010-10-01 - Publisher:
#1 New York Times bestselling author Vince Flynn returns with yet another explosive thriller, introducing the young Mitch Rapp, as he takes on his first assignment. Before he was considered a CIA superagent, before he was thought of as a terrorist’s worst nightmare, and before he was both loathed and

History, Romance and Philosophy of Great American Crimes and Criminals ...

Authors: Bruce G. Bennett
Categories: Criminal justice personnel
Type: BOOK - Published: 2016-08-01 - Publisher: Createspace Independent Publishing Platform
He came from the dark corners of malevolent minds from which he was created. Vengeance personified, he inflicts death upon all who oppose him. Like a shark, his lifeless eyes reflect an empty soul. But those who created him made a mistake, they tried to destroy him. But there's no

Authors: Vince Flynn
Categories: Education
Type: BOOK - Published: 2013-01-08 - Publisher: Simon and Schuster
Working his way through a list of hit targets who were responsible for the Pan Am Flight 103 bombing, assassin Mitch Rapp shoots a drunken Libyan diplomat in Paris only to discover that he has been set up and that his handlers want him permanently silenced.

Authors: Saul Herzog
Categories: Fiction
Type: BOOK - Published: 2020-10-06 - Publisher: Lance Spector
Moscow, RussiaA massive bombing kills hundreds.Washington DC, USAThe President is terrified the attack is the opening salvo of a new Cold War.Langley, USAWith Washington and the Kremlin on the brink of war, Levi Roth has to find out who's behind the attack. There's only one man for the job, but