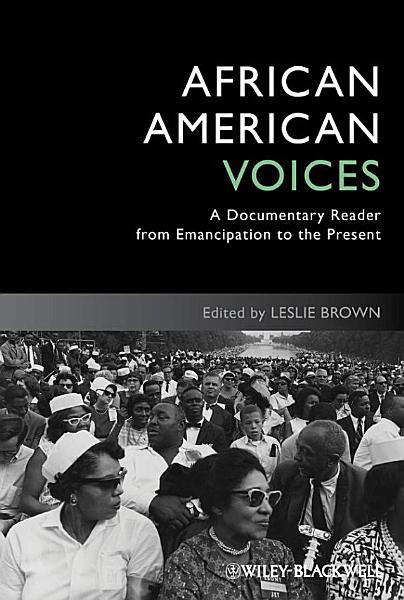 Authors: Angelia M Paschal
Categories: Social Science
Type: BOOK - Published: 2013-01-11 - Publisher: Routledge
Find out what it’s like to be young, African-American . . . and a father Voices of African-American Teen Fathers is an insightful look at adolescent pregnancy and parenthood through the eyes of fathers aged 14 to 19. This unique book features candid interviews with thirty teens who talk about “doing what I got to do”—handling their responsibilities as best they can given their perceptions, limitations, and life experiences. Teens talk about how and why they became fathers, how they handle being a parent, their perceptions of fatherhood, the relationships they have with their parents and the mothers of their children, and how they deal with the everyday struggles, demands, and concerns they face. Nearly one million girls between the ages of 15 and 19 become pregnant each year in the United States and most of the available research on adolescent parenthood focused on them. We know little about African-American adolescent fathers or about their perspectives on the cultural and socioeconomic conditions that define their experience. Voices of African-American Teen Fathers provides an understanding of these young fathers on their own terms and suggests theoretical frameworks, assessment tools, and effective interventions to develop a plan of action to help African-American

Authors: D. Penner, K. Ferdinand
Categories: History
Type: BOOK - Published: 2016-11-09 - Publisher: Springer
Overcoming Katrina tells the stories of 27 New Orleanians as they fought to survive Hurricane Katrina and its aftermath. Their oral histories offer first-hand experiences: three days on a roof with Navy veteran Leonard Smith; at the convention center with waitress Eleanor Thornton; and with Willie Pitford, an elevator man, as he rescued 150 people in New Orleans East. Overcoming approaches the question of why New Orleans matters, from perspectives of the individuals who lived, loved, worked, and celebrated life and death there prior to being scattered across the country by Hurricane Katrina. This book's twenty-seven narrators range from Mack Slan, a conservative businessman who disparages the younger generation for not sharing his ability to make "good, rational decisions," to Kalamu ya Salaam, who was followed by the New Orleans Police Department for several years as a militant defender of Black Power in the late 1960s and '70s. These narratives are memorials to the corner stores, the Baptist churches, the community health clinics, and those streets where the aunties stood on the corner, and whose physical traces have now all been washed away. They conclude with visions of a safer, equitably rebuilt New Orleans. *Scroll down for more audio excerpts

The Voices of African American Women

Authors: Yvonne Johnson
Categories: Literary Criticism
Type: BOOK - Published: 1999 - Publisher: Peter Lang Pub Incorporated
Examines "Incidents in the Life of a Slave Girl" by Harriet Jacobs, "Their Eyes Were Watching God" by Zora Neale Hurston, and "The Color Purple" by Alice Walker to show how the voices of African American women have gathered strength from the suppression suffered by their foremothers.

Authors: C. Peter Ripley
Categories: Biography & Autobiography
Type: BOOK - Published: 2000-11-15 - Publisher: Univ of North Carolina Press
Encompassing a broad range of African American voices, from Frederick Douglass to anonymous fugitive slaves, this collection collects eighty-nine exceptional documents that represent the best of the five-volume Black Abolitionist Papers. In these compelling texts African Americans tell their own stories of the struggle to end slavery and claim their rights as American citizens, of the battle against colonization and the "back to Africa" movement, and of their troubled relationship with the federal government.

Authors: Erika DeSimone, Fidel Louis
Categories: Poetry
Type: BOOK - Published: 2014 - Publisher: NewSouth Books
Slaves in chains, toiling on master’s plantation. Beatings, bloodied whips. This is what many of us envision when we think of 19th century African Americans; source materials penned by those who suffered in bondage validate this picture. Yet slavery was not the only identity of 19th century African Americans. Whether they were freeborn, self-liberated, or born in the years after the Emancipation, African Americans had a rich cultural heritage all their own, a heritage largely subsumed in popular history and collective memory by the atrocity of slavery. The early 19th century birthed the nation’s first black-owned periodicals, the first media spaces to provide primary outlets for the empowerment of African American voices. For many, poetry became this empowerment. Almost every black-owned periodical featured an open call for poetry, and African Americans, both free and enslaved, responded by submitting droves of poems for publication. Yet until now, these poems -- and an entire literary movement -- have been lost to modern readers. The poems in Voices Beyond Bondage address the horrific and the mundane, the humorous and the ordinary and the extraordinary. Authors wrote about slavery, but also about love, morality, politics, perseverance, nature, and God. These poems evidence authors who

I Hear My People Singing

Authors: Kathryn Watterson
Categories: History
Type: BOOK - Published: 2021-08-24 - Publisher: Princeton University Press
A vivid, groundbreaking history of the legacies of slavery in an elite Northern town as told by its Black residents I Hear My People Singing shines a light on a small but historic Black neighborhood at the heart of one of the most elite and world-renowned Ivy-League towns—Princeton, New Jersey. The vivid first-person accounts of more than fifty Black residents detail aspects of their lives throughout the twentieth century. Their stories show that the roots of Princeton’s African American community are as deeply intertwined with the town and university as they are with the history of the United States, the legacies of slavery, and the nation’s current conversations on race. Drawn from an oral history collaboration with residents of the Witherspoon-Jackson neighborhood, Princeton undergraduates, and their professor, Kathryn Watterson, neighbors speak candidly about Jim Crow segregation, the consequences of school integration, World Wars I and II, and the struggles for equal opportunities and civil rights. Despite three centuries of legal and economic obstacles, African American residents have created a flourishing, ethical, and humane neighborhood in which to raise their children, care for the sick and elderly, worship, stand their ground, and celebrate life. Abundantly filled with photographs, I Hear My